The current and future prospects for biodiversity conservation on private land 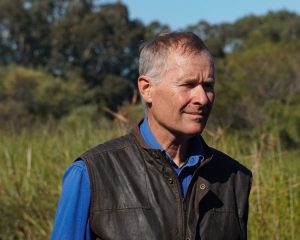 John is an Agricultural Scientist and Natural Resource Economist who has worked in more than 50 countries for the World Bank, Global Environment Facility and private sector as well as Australian and other national aid agencies.  His interest in landscape design for biodiversity and productivity stemmed from early work with Bill Mollison during the late 1970s when Permaculture was evolving.  More recently he has worked on biodiversity conservation in private land as a public good and additional boost to farming productivity in east Africa, SE Asia and several Pacific countries as well as Australia.  He owns and actively manages the Yundi Nature Conservancy, which includes Fleurieu Swamp and Woodland ecosystems – protected by Heritage Agreements.