HOW TO BUILD A NATIONAL PARK 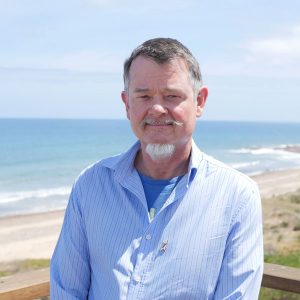 Alan is a CPA qualified accountant with a lifelong passion for the environment. Having had a fascination for birds from a young age, after settling in the southern suburbs in the mid-1980s, he had a desire to see local open space preserved for nature. Increasing losses of open space had occurred and starting as a member of Trees for Life, Alan’s first efforts were plantings in the O’Halloran Hill Recreation Park. In 1996 an advert in the local Messenger called concerned residents to a meeting to discuss the future of the Glenthorne property and Alan has been actively involved ever since.

He was involved in the formation of the Friends of Glenthorne Inc which was proclaimed in 1997 by Federal member for Kingston, Susan Jeanes, and incorporated in 1998. By 2001 he was elected Secretary / Treasurer, a position he has held ever since, working with numerous Chairpersons such as Peter Smytherman, Kris Hanna and currently Martin Schumacher.

Almost 90 bird species have been identified on the Glenthorne property, despite only having very limited vegetation across its 208 hectares. With three dams down the central corridor, permanent water means that not only does Glenthorne have resident water birds such as Grey Teal and Hardhead Ducks on its bird list, but also birds such as Pink-eared Ducks, one of Alan’s favourites, and occasionally Musk Duck and Australasian Shoveler are seen.

Once the long-awaited re-vegetation begins, Glenthorne will start to develop into one of the most dynamic environmental hotspots in the Adelaide region, where many birds, animals and insects are expected to thrive.

Alan Burns will outline the history leading up to the March 2018 State election, when the 22 year fight to save the property was won, and the steps taken since to make Minister David Speirs’ promise to build the Glenthorne National Park from bare paddocks, a reality.

Alan regularly completes bird surveys on the property and contributed more than 20 survey records from Glenthorne to David Paton’s recent Bird Atlas of the Adelaide Region.

Entry by donation (minimum of $2).

Please bring supper to share, tea/coffee will be supplied.

Meetings should conclude by 8.30pm.

At the start of each meeting a ten minutes presentation on a ‘Butterfly of the Month’ will be given by a BCSA committee member.