Brain evolution of fossil fish and the first tetrapods 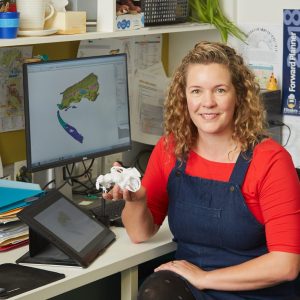 You are invited to a virtual meeting using Zoom software:

Register in advance for this meeting:

You are invited to a Butterfly Conservation SA Public Talk Zoom meeting by Dr Alice Clement ‘Brain evolution of fossil fish and the first tetrapods’ rescheduled to 4 May 2020 1900-2030 (CST).

Register in advance for this meeting:

After registering, you will receive a confirmation email containing information about joining the meeting.

Fish gave rise to the first terrestrial vertebrates (tetrapods) some 400 million years ago. This greatest ‘step’ in evolution occurred during a period known as the Devonian. The changes that happened in their bodies over deep geological time can be studied via spectacular fossils, modern scanning techniques and comparison with living species. In doing so, we have uncovered some secrets of early brain evolution in fish and discovered what the brains of the first tetrapods, our ancestors, looked like. 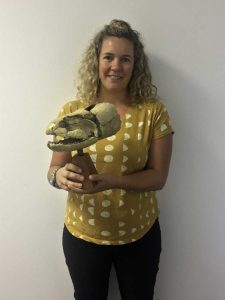 She mainly focuses on sarcopterygian fishes (known as “lobe-finned” fishes, such as coelacanths and lungfishes) and the earliest tetrapod-like fishes. Her current research topics include palaeoneurology (fossil brains), 3D anatomy, phylogeny & the evolution of terrestriality -such as the development of limbs from fins, and the appearance of air breathing. 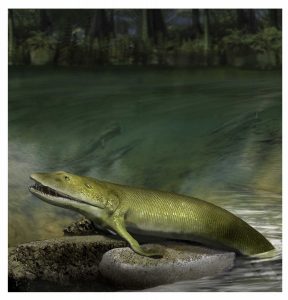 In particular, she uses synchrotron & conventional tomography to create 3D models of fishes and tetrapods; ranging from early stem members of Devonian age to living animals.